Before that, he was Director of Primary and Community Care – having joined Health in October 2005.  His responsibilities included Primary Care, Community Care, Care of Older People, Adults at Risk, Dental services, Pharmaceutical services and General Medical Services.  He held the role of Director of eHealth simultaneously.  Prior to that he was the Scottish Executive Director for Social Justice, covering Social Inclusion, Equalities and Voluntary Issues, from October 2003, and before that, he was the Scottish Executive Director of Information and Communications Technology.  His career has covered such diverse areas as Criminal Injuries Compensation, fisheries quota management and licensing, and work with Her Majesty’s Inspectorate of Education. 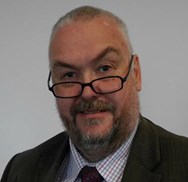