He was appointed as Chair of the Ministerial Children and Young Peoples Support Group, a role that he has undertaken since 2000 and in 2008 chaired the National Review of Specialist Children’s Services in Scotland.  He contributed as a member of the Strategy Group which produced the Early Years Framework and was a member of the UK Review of Midwifery 2020.  He was Chair of the Institute of Healthcare Management from 2010 to 2013 and is a trustee of the Royal Society for Public Health.  He was awarded an Honorary Fellowship of the Royal College of General Practitioners, an Honorary Doctorate from the University of Paisley, an Honorary Fellowship of the Royal College of Physicians of Edinburgh, and is a Fellow of the Royal Society of Arts.   Malcolm was awarded an OBE in the New Years Honours List in 2008. 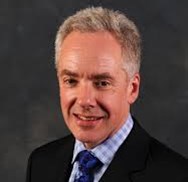