Lindsay Burley was appointed Chair of NES in April 2010, having served on the Board since 2002. In 2003, after a thirty year career as a doctor and senior manager in the Scottish Health Service, she became the first Chair of the National Waiting Times Centre Board, with responsibility for the Golden Jubilee Hospital and Beardmore Conference Centre at Clydebank.  Lindsay has just stepped down as chair of the Scottish Association for Mental Health (SAMH).

She lives in Musselburgh and runs a coaching and mediation business with her husband, Robin.  She is a Fellow of the Royal College of Physicians of Edinburgh, the Royal College of General Practitioners, the Royal Society for the encouragements of the Arts, Manufactures and Commerce and was appointed a Commander of the British Empire in December 2010. 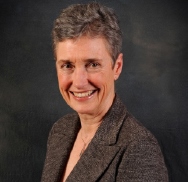